Rebecca Black to be home-schooled after being bullied - BBC Newsbeat

Rebecca Black to be home-schooled after being bullied 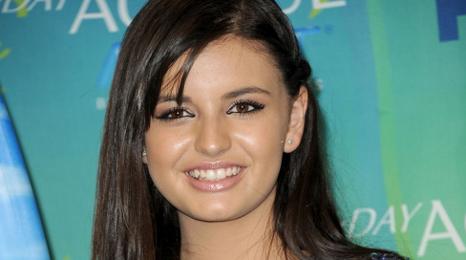 Rebecca Black has revealed that she was taken out of school after being bullied.

The singer told US network ABC News that classmates would repeatedly ask her what day it was and sing Friday to her whenever she walked past.

Her mother, Marquez, also says that her daughter received death threats and was the victim of internet bullying.

She says online comments posted about her daughter were often violent.

Rebecca is now being homeschooled by her mother, who is a teacher.

Several rumours about Rebecca Black have recently surfaced on the internet, including one that she was pregnant.

Speaking to ABC, the 14-year-old said: "Waking up to a rumour that you're pregnant is not fun. It's just frustrating, because I'm still excited over my first kiss."

The singer's mother got the FBI involved after she started receiving death threats.

Marquez Kelly said: "She certainly did not need that kind of pressure."

Her new single, My Moment, was uploaded to the video-sharing website last month.