Ricky Gervais to star as dolphin in US show Family Guy 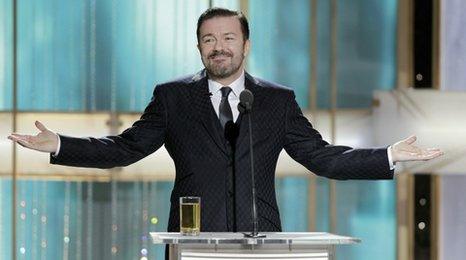 Ricky Gervais is to play a dolphin in the US comedy cartoon Family Guy.

The Office star has joined the cast for one season to play Billy Flynn, a marine mammal who moves into the fictional town of Quahog, Rhode Island.

Gervais said: "Family Guy is my favourite show at the moment. I watch two a night and I'm slightly obsessed.

"When Seth McFarlane [Family Guy writer] phoned me out of the blue and said he was a huge fan I was delighted," he added.

"It was such a joy working with the team and I really like the way my character looks too."

Gervais is no stranger to cartoon cameos, having appeared in The Simpsons twice.

Family Guy, which is shown on BBC Three, also features the voices of Mila Kunis and Seth Green alongside McFarlane.