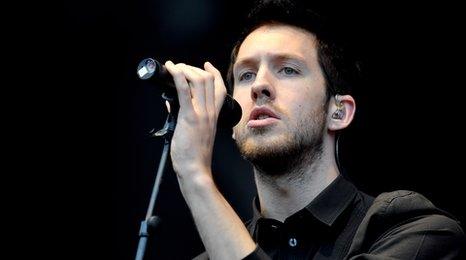 Calvin Harris is set to appear as a guest on Rihanna's Loud tour this autumn, it's been announced.

The DJ, 27, will accompany the star on her 28-date UK tour, which stops off in Manchester, Glasgow, Liverpool and London from October until December.

The run will feature some of Rihanna's hits including Umbrella.

The singer said of the collaboration: "Calvin is the perfect fit for the Loud tour. He is going to bring something unique and fun for the fans."

Calvin Harris, who has been playing DJ residencies across the summer, is set to release new single Feel So Close on 21 August.

The producer, singer/songwriter already toured with Rihanna in Australia earlier this year after releasing his second album Ready For The Weekend in 2009.

He recently said his third album would be released in 2012.

In March he announced he wouldn't be performing on the remaining dates of Katy Perry's UK tour after saying her team had "suddenly moved the goalposts" and that he would have had to appear on stage with no production.

US singer Perry wrote on Twitter that he had cancelled his support slot in Dublin at the "last minute".

But Calvin Harris, 27, hit back saying: "Trust me you would have been more disappointed seeing the show than u are with me cancelling."

He added: "Her show is awesome, you'll all have an amazing time without me. (especially w/o me DJing on a cardboard box in front of a pink curtain).

The Loud UK tour kicks off at London's O2 Arena on 5 October with the last date scheduled in the same venue for 22 December.