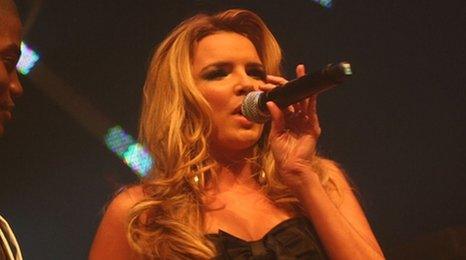 Girls Aloud's Nadine Coyle has said the band's planned 2012 reunion tour will be a "huge" production.

The 26-year-old singer told US DJ Dean Kelly the band's 10-year reunion would depend on "getting everybody's lives together to come back".

''We're definitely going to do something, but it's a whole huge production.

"Girls Aloud is not just us five, there's a ridiculous team of 50 who travel with us, it's amazing."

Coyle, who lives in Los Angeles, is currently working on a new version of her Insatiable album, aimed at the US charts.

She released the record in the UK in November 2010, with it charting at number 47.

Girls Aloud were created through the ITV talent show Popstars: The Rivals in 2002.

Their albums The Sound of Girls Aloud and Out of Control both sold more than one million copies.

They've also been nominated for five Brit Awards, winning the 2009 best single prize for The Promise.