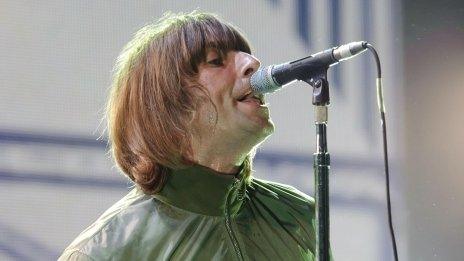 Liam Gallagher has branded his brother Noel a liar over his account of how Oasis split up in 2009.

"In my opinion, he's a control freak. He's making up lies to get brownie points," he said.

Speaking to Radio 1's Edith Bowman he disputed Noel Gallagher's version of why the band cancelled a gig at V Festival and claims about his clothing line.

Noel had said Liam wanted to advertise his clothes in Oasis' tour programme.

Noel, who spoke for the first time about why he quit Oasis last week at the launch of his debut solo album, said that the band's performance at V Festival in August 2009 was pulled because Liam was "hung-over".

An official announcement at the time said the gig was cancelled because Liam was suffering with laryngitis. Noel left the following week before a scheduled show in Paris.

"I got diagnosed with laryngitis for the V festival. I wasn't hung-over," Liam said.

"I do gigs when I've been hung-over. I'm a big boy. I'm not going to cancel a gig because I've got a headache." 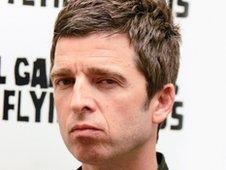 Noel also claimed that the beginning of the end for the Manchester group was an argument about Liam wanting to promote his clothing line in Oasis' tour programme.

"Second lie," said Liam. "I have never ever had a conversation with him about Pretty Green or anything.

"Them words Pretty Green have never come out of my mouth with Noel Gallagher. Ever.

"Him saying it's the demise of Oasis, I'm not having it."

Liam went on to admit he was partly to blame for the band's split.

"I'm partly to blame but I'm not solely to blame. It's breaking my heart. People need to know that it wasn't just me who split the band up, it was Noel too."

Liam claims Noel was "being rude to people who'd been working for us for 18 years".

"I bring it up to him, tell him to wind his neck in and he didn't like being told," he added.

During the interview Liam also admitted his new band Beady Eye haven't been as successful as he'd anticipated.

"It's not taken off as much I thought it would do but that's the way it is," he said.

"You can't force people to like you. Come album two people will be ready to get on with it. I'm not going to stop because it's not taken off as much as I wanted it to."

He also said he'd consider playing Oasis songs in the future. Beady Eye currently don't play any of their songs in their set.

"No that's the decision we've made. There's no backing down. We made a decision that it wasn't right," he said.

"Maybe down the line we could do it. Certainly won't be doing it tonight or next week or in the next year. A couple of albums down I like to think we could bang out our songs. Not now man, they're not our songs they're Noel's."

Listen back to the interview on BBC Radio 1