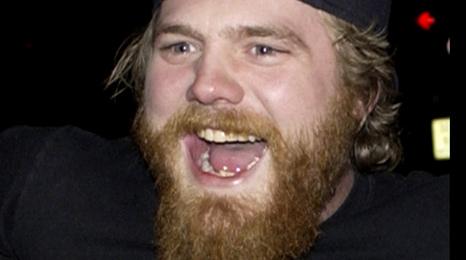 Ryan Dunn, a star of MTV's Jackass show, has died from injuries sustained in a car crash in suburban Philadelphia, police have said.

Authorities said that Dunn, 34, and a passenger in his 2007 Porsche died early on Monday after the car came off the road and burst into flames.

The crash occurred near the suburb of West Chester.

Dunn appeared in Jackass, the hit MTV show that ran from 2000 to 2002, and its three film spin-offs.

In the show he performed a variety of stunts and pranks and rose to fame alongside the likes of Johnny Knoxville, Bam Margera, and Steve-O.

The comedy series was noted for the risqué and dangerous nature of the tricks and sketches performed.

"My heart goes out to his family and his beloved Angie. RIP Ryan , I love you buddy."

MTV spokesman Van Toffler paid tribute to the star in a statement, which read: "We are devastated by the tragic loss of Ryan Dunn - a beloved member of the MTV family for more than a decade.

"Our thoughts and deepest condolences are with Ryan's family and friends. The Jackass brotherhood will never be the same."

Police said the passenger in Dunn's car had not yet been identified.

Authorities added that speed may have been a reason for the crash.