Royal wedding: Ellie Goulding is to sing at reception 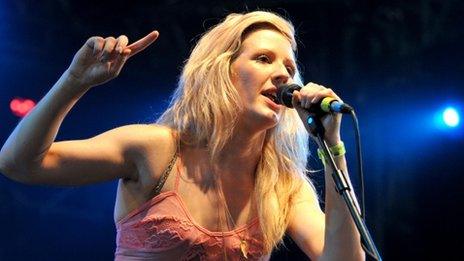 Ellie Goulding will be singing at the royal wedding reception, Newsbeat has been told.

The Starry Eyed singer is set to perform in front of Kate Middleton, Prince William and their guests at an after dinner party at Buckingham Palace.

She performed at Radio 1's Big Weekend in front of William last year.

At the time, the singer said hearing him describe her set as "brilliant" was one of her career highlights.

The 24-year-old won the Brits Critics' Choice Award last year after she picked up the top spot in the BBC's Sound Of 2010 list.

Goulding, born in Hereford, also had a hit with her cover of Sir Elton John's Your Song.

Her debut album, Lights, went to straight to number one on its release.