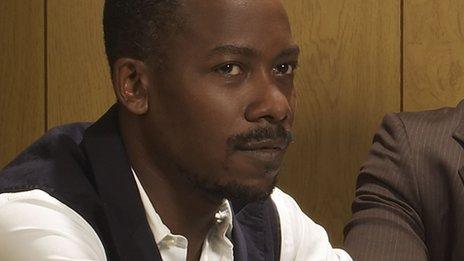 TV On The Radio bass player Gerard Smith died on Wednesday at the age of 36, after suffering from lung cancer.

The musician's illness was first made public five weeks ago, after the band had finished recording new album Nine Types of Light.

A message posted on the band's website said: "We are very sad to announce the death of our beloved friend and bandmate, Gerard Smith, following a courageous fight against lung cancer.

"We will miss him terribly."

When the news of his illness was announced the band said Smith had health insurance, great medical care and had already seen "dramatic results."

However, he was unable to join the band on tour to promote their recent album.

Smith joined the TV On The Radio in 2005 and contributed to previous albums Return to Cookie Mountain and Dear Science.

He also penned the soundtrack for a documentary on public education called The Lottery, alongside lead singer Tunde Adebimpe.

"He hung back, because he didn't write the band's songs, and didn't wanna try to interpret the other guys' work, but he had plenty of strong opinions," he added.

The band has cancelled five planned US gigs from 20-26 April.

Messages have been posted on Twitter in memory of the musician, including @Interpol who tweeted: "Rest In Peace Gerard Smith.

"An incredible musician and one of the sweetest people. My thoughts are with his family, friends and TVOTR.-DK".