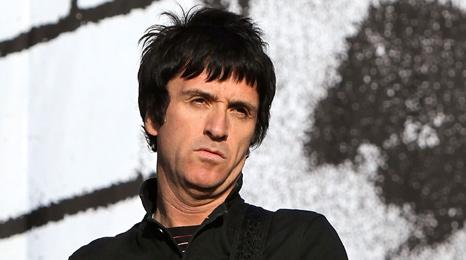 Johnny Marr has announced he has left Wakefield band The Cribs after four years with the group.

The Ex-Smiths guitarist said he was leaving to work on "new solo songs" and plans to release "two records over the next year or so".

A statement from the remaining three members of the band admitted recording sessions with Marr for their new LP "weren't really working".

Marr released one album with the band - 2009's Ignore The Ignorant.

Announcing his departure Marr said he was "proud" of his achievements with the Jarman brothers, saying he'll now do "more film soundtrack work".

"We ended up doing much more than we originally set out to and I've made three good friends."

Writing on their website following Marr's announcement the trio said: "There were definite intentions of continuing on together and making another record.

"At some point late last year we just casually got together out in Portland as a three-piece and it was so much fun.

"Johnny had started working on a solo record in the time off, and it just seemed like the right time to go our separate ways."

The Cribs have a handful of shows organised for the summer including Kendall Calling and Get Loaded In The Park.