Ban on Muslim women covering faces with veils in France

By Nomia IqbalNewsbeat reporter in Paris 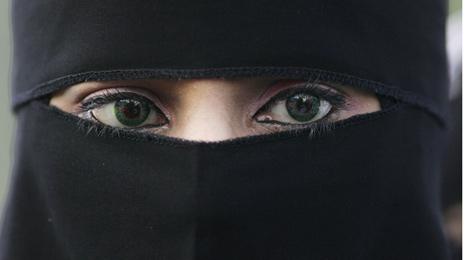 From today (11 April) it is illegal for Muslim women in France to cover their faces with veils in public.

It's the first European country to pass the law but there's been criticism that it's pointless because only a minority of women wear them.

Any woman caught wearing the burka or niqab faces a fine and will be asked to take citizenship lessons. She can also be subject to an investigation.

In the 18th district of Paris, is Barbès. There is a strong Muslim community that lives there, made up of people of Algerian, Moroccan and Tunisian descent.

Five years ago hardly anyone wore the niqab. In another five years we will be like England where there are neighbourhoods and ghettos full of women wearing them
Sihem Habchi worked with the government on the ban

Out of that, the number that wear the burka or niqab differs, depending on who you ask.

Hadjou owns an Islamic clothes shop in the district.

"Selling the niqab is bad for business," he said. "Not many women wear it or ask for it.

"I've probably sold about five in a year."

Ahmed who runs a small business near one of the district's mosques says he rarely sees women covered up and that was before this ban.

The French government thinks that figure is much higher. Ministers put it at around 2,000 women.

Ahmed said he didn't think that was true: "That's not possible, but even if it's true, it's only a minority that wear it. So what?"

Find out the difference between a burka, hijab and niqab

For some, Muslim women wearing veils is a problem.

The interior minister Claude Guéant has been accused of Islamophobia after saying the growing population of Muslims in the country "poses problems".

The French government says they encourage segregation and promote the inequality of women.

Sihem Habchi, a Muslim woman who has worked with the government on the ban, agrees. 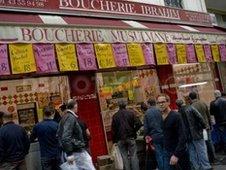 "It's because it's a minority we need to act," she said.

"Five years ago hardly anyone wore the niqab.

"In another five years we will be like England where there are neighbourhoods and ghettos full of women wearing them."

It is in the banlieues where the government believes this problem is growing.

They are France's version of council estates located about 35 minutes away from central Paris.

In 2005 riots were triggered among angry young people after two teenagers died in Clichy-sous-Bois, a poor area in an eastern suburb of Paris.

They blamed police for causing it and many feel that persecution is still going on. 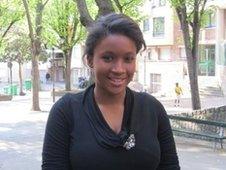 "If Mr Sarkozy wants to help people in the suburban areas, why not create better jobs, provide better housing.

"Removing the veil won't change anything.

"There are people who don't cover up and they're still struggling. Hardly anyone wears this.

"If anything, banning it will probably make more women wear it." 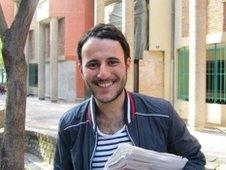 "This is all about politics.

"It's nothing to do with us normal French people.

"It's something the government has decided and we have no say.

"I believe in freedom of religion and this is a dangerous thing that's happening." 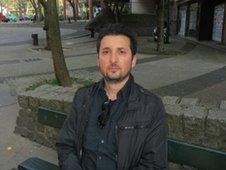 "I'm not for the burka or the niqab but I believe in wearing what you want. This law is not needed.

"All it does is stigmatises French Muslims and is all about getting votes next year.

"The government doesn't have a program to help poor people so instead they've decided to blame Muslims.

"It only affects a minority of women and won't make any difference." 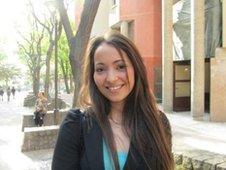 "I think everyone is free and should be allowed to wear what they want. It's a very difficult debate.

"I don't agree with the burka or niqab but I don't believe in this ban."