Myspace loses millions of users in a few weeks 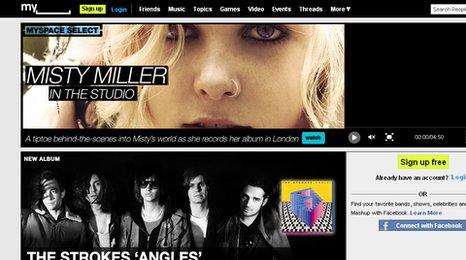 Latest statistics suggest attempts to kick new life into Myspace may be failing.

There were almost 63 million users of Myspace in February 2011, down from more than 73 million.

Year on year the site has lost almost 50 million users, down from close to 110 million in February 2010.

The loss of users comes despite a series of changes to the site to make it more about music.

It was the social network site that helped launch the careers of artists like Arctic Monkeys, Kate Nash and Lily Allen.

But so far this year Myspace has already announced plans to cut half its workforce.

Around 500 staff are going worldwide.

Five years ago it was booming and for many was the first place to visit to talk to friends and listen to music.

But the arrival of sites likes Facebook has changed the face of social networking.

Rupert Murdoch's News Corp bought the company for £330 million back in 2005.

If they were to sell today, they might get as little as £50 million for it.

Myspace boss Mike Jones has been putting a brave face on the falling numbers.

He said the site is no longer a social network and is instead an "entertainment destination".

But with competition from YouTube, streaming services and increased file-sharing it faces tough times.