Call of Duty: Black Ops is the best selling game ever - BBC Newsbeat

Call of Duty: Black Ops is the best selling game ever 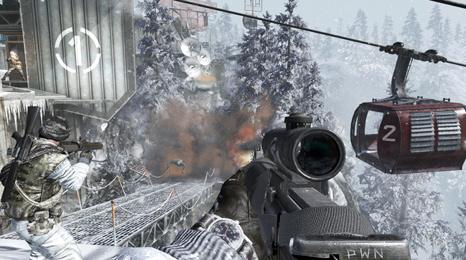 Call of Duty: Black Ops has set another record by becoming the best selling video game in history.

That's according to market research firm NPD which says it has sold 13.7 million units in the United States alone.

Those numbers have helped it to take the top spot from former number one Wii Play.

Released in November 2010, Black Ops is the seventh in the hugely popular Call of Duty Series.

Developed by Treyarch it takes gamers on a series of Cold War adventures and has already broken a series of sales records.

NPD says the game's journey to become the highest-grossing entertainment release ever began with revenues of £223 million in its first 24 hours on sale.

In achieving that it joined an elite group of entertainment releases to reach the billion dollar mark.

Activision published the game and its CEO Bobby Kotick said: "Only Call of Duty and Avatar have ever achieved the billion dollar revenue milestone this quickly."