Men to pay same for car insurance after European ruling 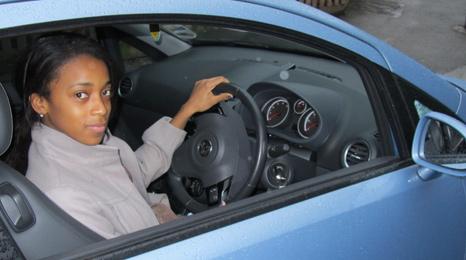 A European Court has decided insurance companies can no longer use what sex you are to decide how much you pay for your premium.

The court in Luxembourg has ruled it is illegal to charge you more just because you're male.

So, now there will be "one rule for all" rule.

It means young men's policies could go down around 10% while women of a similar age could face up to a 25% increase.

Charlotte Griffiths is 22 years old. She's been driving for four years and hasn't had to make a claim yet.

She said: "I pay around £700 on insurance for my Vauxhall Corsa.

That's how they explain the higher charges.

"From my experience men are faster drivers, they're boy racers. They drive like they're playing a computer game," said Charlotte.

According to the Department of Transport nearly 27,000 accidents were caused by male drivers under the age of 24 in 2009.

"I think it's unfair because women are more careful drivers so they should pay less," added Charlotte.

"I think it's a bit silly to be nitpicking about everything.

It's already against European law for insurance companies to discriminate on the basis of gender and now the UK is being brought into line.

"I think it's harder for young people when it comes to car insurance anyway. For them to make us pay more now it's going to be even harder," said Charlotte.

Policies for younger drivers went up by 58% last year.

Some insurance companies have now warned all prices may have to go up, while they work out what to do about the new changes.

"Everyone who's buying insurance isn't going to benefit," added Charlotte.

"The only people who will benefit will be the insurance companies and they already make enough money out of us.

"Half of us don't make claims anyway."

The changes are due to come in in December 2012.