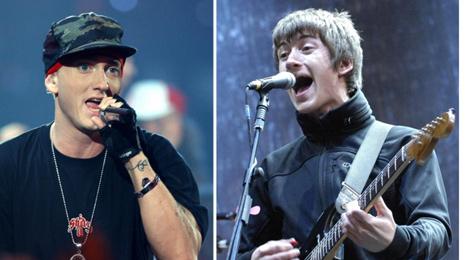 Eminem and Arctic Monkeys have been announced as the headliners at this summer's V Festival.

Dizzee Rascal and Primal Scream will top the bill on the second stage.

The event takes place on 20 and 21 August in Essex and Staffordshire, with acts appearing at both locations.

Fans who can't bear the thought of a regular tent can also choose to pay for "luxury" camping facilities such as pop up hotel rooms at the Hylands Park and Weston Park sites. 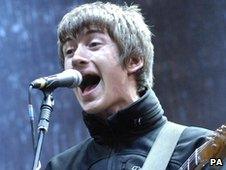 Danny O'Donoghue from The Script said: "V Festival was our first ever UK show three years ago. It was a baptism of fire but we survived it.

"We love to play V; it's a real party for both festival goers and bands. We can't wait for it."

Other artists confirmed for V Festival are Olly Murs, Scouting For Girls, Razorlight, The Courteeners, The Saturdays, N-Dubz and The Wombats.

Festival director Bob Angus said: "The breadth of accomplished talent performing throughout the weekend on the other stages is also something that we are very proud of, with heavyweight acts including Dizzee Rascal, Razorlight, Chase and Status and Duran Duran joining the party."

T in the Park festival has also recently announced some of its own big names.

The Scottish bash will see Foo Fighters, Coldplay and Arctic Monkeys topping the bill from 8-10 July.

Meanwhile, at last week's NME Awards, U2 confirmed they would be playing Glastonbury.

Beyonce and Coldplay are the other headliners at the Somerset festival.