Beyonce at Glastonbury will be 'fantastic' says Elbow - BBC Newsbeat

Beyonce at Glastonbury will be 'fantastic' says Elbow 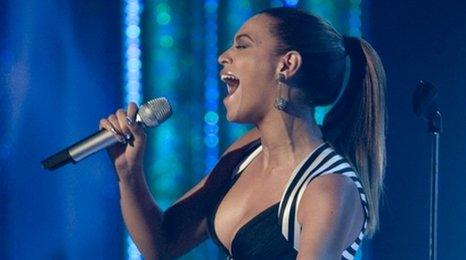 Elbow's Guy Garvey has backed Glastonbury organisers for picking Beyonce as a headliner.

"Glastonbury is the best festival in the world year on year and they know what they are doing.

"If they chose Beyonce to close it's because they know it'll be a fantastic finish."

The star's record company recently confirmed she's lined up to close the festival on Sunday 26 June.

Beyonce's husband Jay-Z played a successful headline slot at the festival in 2008.

That was despite concerns from the likes of Noel Gallagher over whether rap was against Glastonbury's rock 'n' roll roots.

Garvey said he reckoned Beyonce would also go down well with fans.

"There was lots of controversy when Jay-Z was invited to play but what a hit that was," admitted the singer. 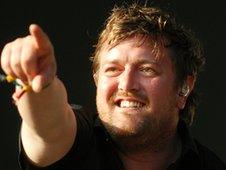 "That was the fullest that the Pyramid Stage had ever seen that field.

"Let them choose what goes on. They've got more experience than anyone else on earth and it'll be fantastic like it always is."

The 36-year-old also gave strong hints that Elbow would be taking to the stage themselves at Glastonbury.

He told Newsbeat: "I'm not sure what I'm allowed to tell you and what I'm not.

"We are definitely going to be playing some festivals in the UK. All the best ones, let's put it that way."

The follow-up to The Seldom Seen Kid, which won Elbow the Mercury album prize in 2008, is out on 7 March.

The band have confirmed the title as Build A Rocket Boys! and it will be followed by a UK arena tour.