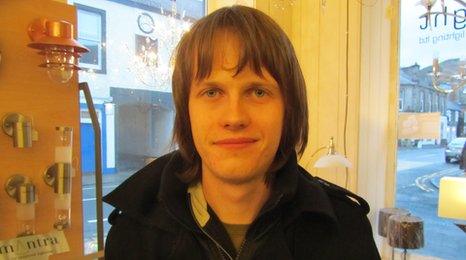 People in a remote Scottish town which is to get super-fast broadband say it will change their lives.

Innerleithen won a BT competition to be amongst the first isolated communities connected to the high speed service.

When it's installed early next year internet users in the town can expect speeds of up to 40 megabits per second.

Thousands of people living in surrounding areas will have to wait much longer before they will be able to receive the service.

For people in Innerleithen, in the Scottish Borders, super fast broadband will mean much faster downloads for music and films, as well as quicker loading times.

Twenty-five-year-old Andrew Fraser campaigned in the town to get support for the plan. 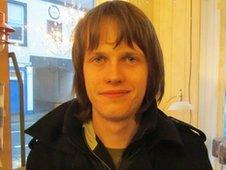 "It's massively important just to keep up to date," he told Newsbeat.

"Everyone is online these days.

"You're sharing videos, you're talking on Facebook and everyone's bragging about their speeds.

"So it would be good for us to keep up and be a part of it."

The Government has set a target of making sure super fast speeds (considered to be 24 meg and above) can be accessed by two thirds of the UK by 2015.

That's why broadband providers like BT, along with other companies like Virgin and Sky, are investing millions of pounds to meet the demand.

While Innerleithen and five other towns have won the chance to get super fast broadband in early 2011, many other areas might be waiting far longer.

Peebles, for example, is a slightly larger town just five miles up the road from Innerleithen. 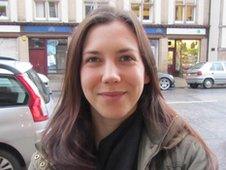 People living there told Newsbeat they have not been given any idea as to when they might get the faster speeds.

Cheryl said: "I know people in Peebles have been looking to get super fast broadband for a long time.

"I cannot understand why we're not getting it."

But 19-year-old David said: "They've got to start somewhere. Perhaps if it works in Innerleithen, they can start to roll it out here."

For Andrew though, it's just a matter of counting down the days to when Innerleithen gets connected.

"From things like playing games online, to downloading, to streaming the radio online, it's going to make a big difference.

"Where I work, we've got an internet site and need to to be really fast so we can connect to the customers."