Coldplay's new record is about 'OCD and addiction' - BBC Newsbeat

Coldplay's new record is about 'OCD and addiction' 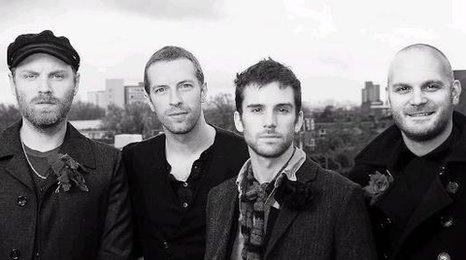 Coldplay's Chris Martin has said the band's forthcoming fifth album is about "love, addiction, OCD, escape and working for someone you don't like".

He added that it was a "thinly veiled account of what happens within the group".

Speaking to Radio 1's Zane Lowe he denied the album would be a "concept record" after reports in the press that it could be.

The band say the album is yet to get a release date.

Martin added that theme-wise the follow-up to 2008's Viva La Vida And Death And All His Friends, "also has a lot of uplifting stuff".

"It's supposed to be about life, the good stuff and the bad stuff. Everything."

Drummer Will Champion said: "There's a phrase which my wife told me from a book, I can't remember which book, but a man is asked, 'Are you married?'

"And he says, 'Yes, of course I'm married. I have a wife, kids, the whole catastrophe.

"Catastrophe just means something big and seismic but not necessarily bad. It's all about embracing the whole thing. Appreciating the good and bad and realising it's all part of life."

Back in December Chris Martin told the BBC that the album, produced by Brian Eno and Markus Dravs, was about "two like-minded outsiders who meet in a very difficult environment and therefore have a journey together".