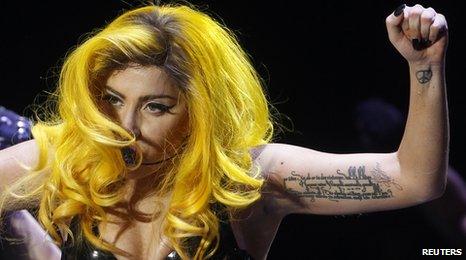 Lady Gaga has told Newsbeat her new album, Born This Way, will be her "most innovative" work so far

Speaking backstage on the final night of her UK Monster Ball tour, she confirmed an as-yet-untitled new single would be released in February 2011, with the album arriving "shortly after".

She described the album as "a marriage of electronic music with major, epic, dare I even say, metal or rock 'n' roll, pop, anthemic style melodies with really sledge-hammering dance beats."

"It's finished and all, it's just fine-tuning everything," the pop megastar added.

"It's kind of like the post-operative stage of the album. I've already done the full heart surgery. I'm just sewing myself back up again," she laughed.

During the gig she showcased one new song set to appear on the album, You And I, a piano-led rock song featuring a Guns N' Roses-style guitar solo.

"I think that lyrically this album is more poetic," she explained.

"It's really written by the fans, they really wrote it for me because every night they're funnelling so much into me.

"So I wrote it for them. Born This Way is all about my little monsters and me, mother monster," she continued. 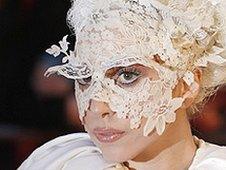 Image caption Gaga said she would perform her new single on UK TV in 2011.

The London gig rounded off a very successful 2010 for the singer, which saw her winning three Brit awards, two Grammys and eight prizes at the MTV Video Music Awards.

And with the Monster Ball tour due to resume in north America, Canada, and Mexico from February to May 2011, Gaga is not expected to tour with a new production in the UK again until 2012.

"It's the last time I'm going to perform here until you guys hear Born This Way," she said before the gig. "It's very exciting,"

But the pop megastar revealed she will launch her second album by appearing on TV to perform her as-yet-untitled new single "between February and March".