Gran Turismo 5 for the PlayStation 3 gets release date 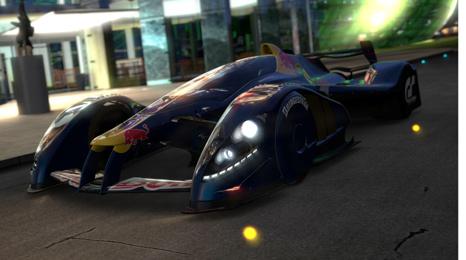 After years in development and millions of pounds spent on it, Gran Turismo 5 has finally been given a release date.

Developers Polyphony Digital, a subsidiary of Sony Computer Entertainment, says the game will hit shelves in the UK and around the world on Wednesday 24 November.

Fans will be able to choose from dozens of circuits, including the Top Gear test track.

More than 1,000 cars also feature in the game for the PlayStation 3.

Among them are the Lamborghini Murciélago LP 670-4 SuperVeloce, the Lexus LFA and the McLaren MP4-12C.

So far it's sold more than 56 million units but this latest edition has suffered serious delays.

It was originally scheduled for release last year but that got put back to 2010.

I can only apologize to everyone for making you wait so long, and I hope that when you try out the wealth of driving experiences available in Gran Turismo 5, you will not be disappointed
Kazunori Yamauchi
President of Polyphony Digital

Since then it's been delayed again twice.

Kazunori Yamauchi, president of Polyphony Digital said: "With the technological leap on to PlayStation 3, our objective with Gran Turismo 5 was to create another great revolution which would not only satisfy our own high expectations, but would meet or even exceed the anticipation of the fans.

"Satisfying the loyal Gran Turismo followers is at the heart of all of our efforts, which is why it was such a difficult decision to delay the release of the game, and one which we did not take lightly.

"I can only apologize to everyone for making you wait so long, and I hope that when you try out the wealth of driving experiences available in Gran Turismo 5, you will not be disappointed."

As with increasing numbers of video games GT5 will also be released in 3D.