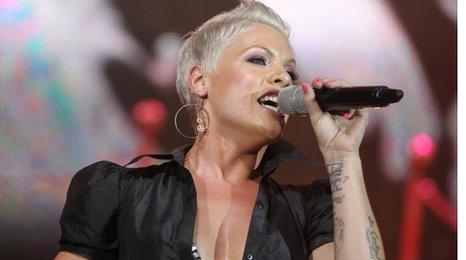 US pop star Pink has revealed she is expecting her first child with husband Carey Hart during an interview on an American talk show.

The 31-year-old singer added she was "nervous" but added the couple had "worked for it, it was not an 'Oops'."

The interview is to air on Wednesday 16 November in the US.

The singer, who has had hits with tracks like Get The Party Started, Sober and So What over a decade-long career, has just released a greatest hits collection.