Xbox Kinect to get Star Wars game in 2011 - BBC Newsbeat

Xbox Kinect to get Star Wars game in 2011 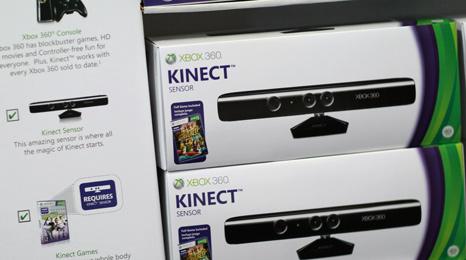 The motion sensing gadget tracks a player's body movements, facial gestures and voice and translates them into the world of the game.

It's being seen by many as an attempt to broaden the appeal of the console and draw in a new audience, in a similar way to Nintendo's Wii.

However, it differs from both of its rivals because it doesn't need a hand-held controller to play the games.

Newsbeat caught up with Kinect's creative director, Kudo Tsunoda, to find out about how the gadget was developed and what it means for the future of gaming.

How did the idea for Kinect come about?

We had an original goal of wanting to figure out a new way that we could get people playing on Xbox.

We started out by saying, 'Oh, OK the controller's a barrier for some people - what can we do about that? How could we make it easier for people to jump in and have fun?'

[We wanted] to provide something natural to use, something where they wouldn't have to read any instructions.

How long did it take to develop?

We've been working on Kinect for about three years. 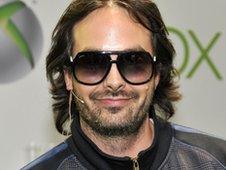 But the technology that really went it to making Kinect work is something that's been in development at Microsoft for nearly 10 years now.

We've got this great group out here in the UK, in Cambridge - our research department.

When we first had this idea of using your body and voice as the main ways of interacting with your Xbox, we found they already had technology they were working on.

That really gave us a jump-start.

My favourite game out of all of them right now is Kinectimals.

Out of all the launch titles it's the most technically sophisticated game we have - it uses all the Kinect features.

Just like a pet you have in your house you pet recognises you and if you spend a lot of time with your pet it's going to react much differently to you than it would with a stranger.

With the human recognition system you can really start building unique relationships with characters inside a game because they remember who you are.

We have a Kinect Star Wars game coming out for next holiday [Christmas 2011]. 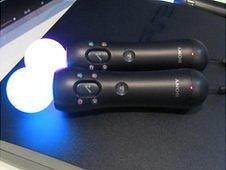 I think you could just easily imagine being a Jedi and using Kinect to make you feel you're part of a Star Wars experience, building yourself up into a Jedi.

I've seen a bunch of the game and it's super compelling.

And another one next year is Forza, which is the best racing game of this generation of consoles... Those are the two games I'm most excited about.

How much of a rival is the PlayStation Move controller?

I'm not hung up on comparing and contrasting us to any other company's experience, I just know the stuff we have with Kinect is genuinely unique.

The motion controls we have are full body tracking - being able to take any subtle motion and translate it instantly into something a character does on screen.

That's just fundamentally different to any other motion control out there.