Jay-Z wants to run for President in eight years 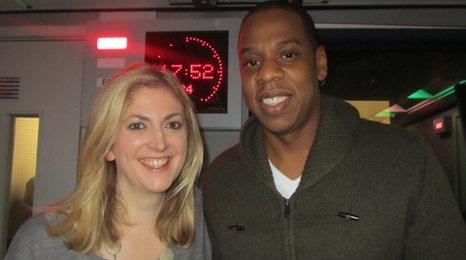 Jay-Z says he may run for US president but that people will have to wait eight years before he takes up the role.

The rapper was talking about the American midterm elections and President Obama's term in office so far.

He told Newsbeat that he wished he was president.

"Give me a chance," he said. "Maybe in eight years, I'll be the president."

Is he disappointed in Obama's reign?

"In order to judge someone, you have to judge what they inherit.

In order to get to that sort of success and that dream, you have to go through some peaks and valleys
Jay-Z on Barack Obama

"He inherited the worst economy, war, just a horrible time in American history.

"He's a human being. He's going to need time to figure that out.

"But it may be a good thing. Maybe the Republicans will win one of those Houses, so this way they'll have to be responsible for whether a law gets passed, and they can't put it on Obama.

"In order to get to that sort of success and that dream, you have to go through some peaks and valleys. It's been two years."

The hip hop superstar says he's in the UK "to have fun and enjoy himself".

He's also been talking about his greatest hits album, and his autobiography Decoded, which is out later this month.