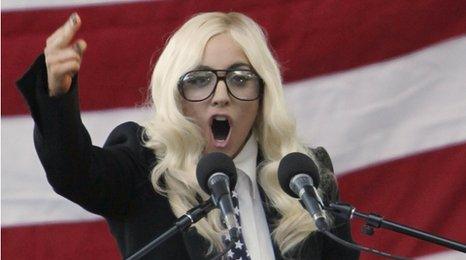 Lady Gaga has set a new record for YouTube.

The Bad Romance star has racked up more than one billion overall views of her material on the video sharing website.

According to internet research company famecount.com her total currently stands at 1,002,734,757.

Tweeting to her nearly seven million followers on Twitter she said: "We reached one billion views on YouTube little monsters!

"If we stick together we can do anything.

That figure doesn't represent views of a single video.

It's not the first time Lady Gaga has set a new record online.

Back in August she overtook Britney Spears to become the most followed person on Twitter.

She recently became the first living star to break the 20 million Facebook fans barrier and remains the most popular living star on both sites.