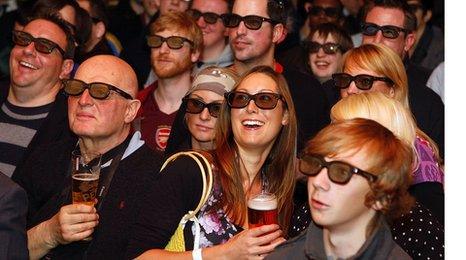 Sky 3D will broadcast for 14 hours every day from around 9am and will show a selection of programmes including premier league football, and films.

At this year's Consumer Electronics Show in Las Vegas all the big names unveiled new 3D products and was billed by some as a saviour for TV firms.

A monthly subscription fee will be £61 with the cost of an average 3D television around £2,000.

Subscribers who pay for the top Sky World HD package will be able to get the service free.

Since the launch of James Cameron's 3D movie film Avatar late last year, 3D has been in the news like never before.

Most cinemas have at least one 3D film on show all the time, while the launch of this new channel will let people experience it at home for the first time. 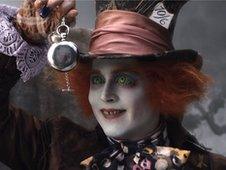 John Dollin, who's been developing 3D TV for Sky for the last two years, is confident that it has the wow factor.

"Once you've seen 3D you get it," he said. "It's definitely a seeing is believing experience.

"With HD once you've got it you understand it, but 3D TV is a much easier sell because it's just such an improved viewing experience."

He is also confident the cost of setting up 3D TV will gradually come down, just as it has with high definition.

He added: "What you're going to see is that because there's so much competition out there between the TV manufacturers you'll see some very competitive pricing on TVs."

The high definition channel launches early next year and will be available to subscribers for £19 a month as part of Sky's Variety Pack.

Craig, who is 19 and from Dagenham, tried out 3D TV during a sneak preview for Newsbeat.

"At first it's a bit freaky," he said. "But you realise that it's something very unique and you start to enjoy it.

He hopes that competition for customers will mean lower prices.

"I don't think I'd buy it straight away," he said.

"I'd have to wait a few years for the 3D TVs to go down in price, but it is impressive."

Frank, from Romford, also tried out the new technology. He liked it, but agreed that the price was a bit of a turn off.

He said: "I do think it's amazing and I am well impressed.

"But I think that is what's going to hold a lot of people back - the cost."

Films will be available on a pay-per-view basis for customers who already have a Virgin HD plus set-top box, a 3D-ready TV and a pair of 3D glasses.