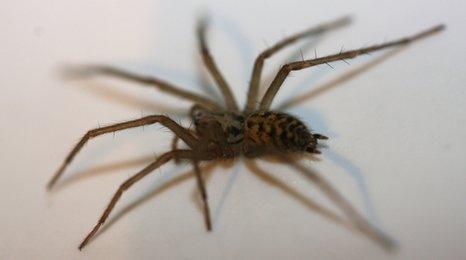 A man's been treated for burns after causing an explosion in his bathroom trying to catch a spider that had frightened his wife.

The man from Clacton in Essex had sprayed the insect with an aerosol.

But when he ignited his lighter to try to see the spider, there was a blast which blew him backwards into his hall.

Fire crews, who gave him first aid at the scene, say the man did the right thing by jumping straight into his shower to cool down.

The 28-year-old, named locally as IT engineer Chris Welding, suffered flash burns to his head, legs and body on Monday night (30 August) and was taken to Colchester General hospital for treatment.

The father-of-two told Essex fire service that he'd used his lighter to see the spider because the bulb in his bathroom had blown.

The force of the blast also lifted the door off the loft hatch.

A spokesman said: "There was some scorching to the back of the toilet but any fire was out before crews arrived at the scene.

"We're not entirely sure whether the spider got away or not but there was no sign of it at the scene."