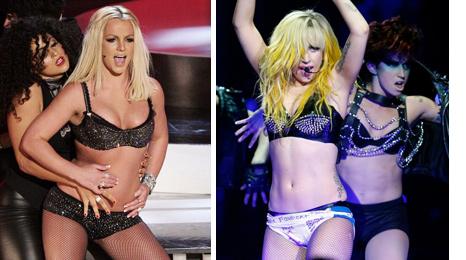 Lady Gaga has become the most popular person on the social networking site Twitter.

The Bad Romace singer has taken the crown from the previous queen of tweets Britney Spears.

Britney Spears was only on top for three months after claiming the number one spot from Ashton Kutcher.

While she is the most popular star she's not the fastest growing.

That title belongs to the Canadian teenager who is currently racking up almost 800,000 new followers a month.

Social networks like Twitter are helping stars turbo charge their ascent to fame, and extend their engagement with fans as never before
Daniel Dearlove
Founder of famecount.com

If both carry on picking up followers at the same rate he could challenge her for the Twitter throne within six months.

But for Gaga's fans, whom she describes as Little Monsters, her tweets can't be beaten. One reads:

"The Monsterball [her current tour] is by nature a protest: A youth church experience to speak out and celebrate against all forms of discrimination + prejudice".

Daniel Dearlove, founder of famecount.com said: "This milestone is yet more evidence of the extraordinary popularity that Lady Gaga has rapidly achieved.

"Social networks like Twitter are helping stars turbo charge their ascent to fame, and extend their engagement with fans as never before."

Gaga's new title as Twitter queen comes after she became the most popular living person on Facebook.

On 25 June she overtook American President Barack Obama and currently has more than 16 million fans on the social network.