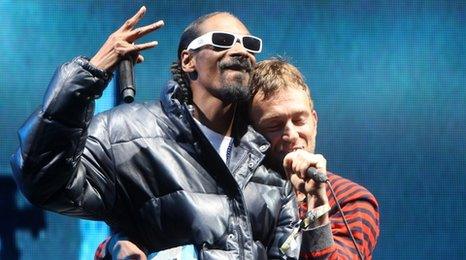 The cartoon hip-hop band stepped in at the last minute to replace U2, whose singer, Bono, had injured his back.

Reviews of the show were mixed, with the crowd noticeably thinning during their Pyramid stage set.

Gorillaz began as a cartoon concept band - with Albarn and other musicians playing behind a screen which showed images created by artist Jamie Hewlett.

But The Guardian said the band's set "failed to ignite the crowd" whilst the Daily Telegraph described it as a "disappointment".

Albarn, who won glowing reviews for his performance with Blur on the same stage last year, admitted he hadn't done enough to adapt the Gorillaz stage show for Glastonbury. 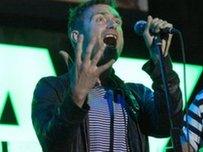 "We were yet to change the dynamic entirely from the cartoon band acting purely as a film orchestra into something that had more of a human element to it."

Albarn, currently touring the world with the band promoting latest album Plastic Beach, said that the next time he had played a festival show, he had made a conscious effort to speak more to the crowd.

"Basically, the difference between that and the next gig we did at Roskilde [Denmark] which was the same sized audience, same age demographic, was I just communicated with the audience more.

"I didn't take for granted that if these people were going to be at the front then there had to be some kind of human interaction.

"It evolved into something with more human interaction. I know what people were reacting to."

In the same interview, Albarn reiterated his desire to spend more time with his reformed band Blur, saying they would work together again.

"Yes, at some point. Definitely," he confirmed.