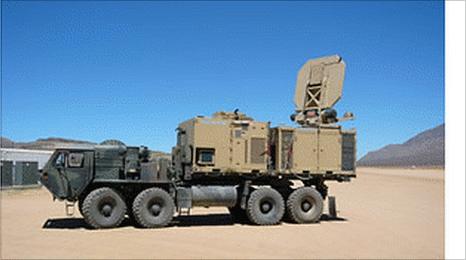 A newly-developed heat ray gun that burns the skin but doesn't cause permanent injury is now with US troops in Afghanistan.

It uses a focused invisible beam that causes an "intolerable heating sensation", but only penetrates the skin to the equivalent of three sheets of paper.

The discomfort causes whoever it's pointed at to immediately start moving away. They often scream but the US military says the chance of injury from the system is 0.1%.

It's already been tested more than 11,000 times on around 700 volunteers. Even reporters have faced the heat-ray.

Lt. Col. John Dorrian, a US military spokesperson, says the kit is now in Afghanistan but no decision has yet been made on its use.

There's been much talk about the need to keep civilian casualties in Afghanistan to a minimum. The heat ray gun could help.

The beam produced by the ADS can travel more than 500m (1,640ft) and is seen as an important new way to limit unnecessary deaths and minimise war zone casualties.

Developers also say it could also be adapted to other operations, like fighting drug smuggling at sea and general peacekeeping operations. 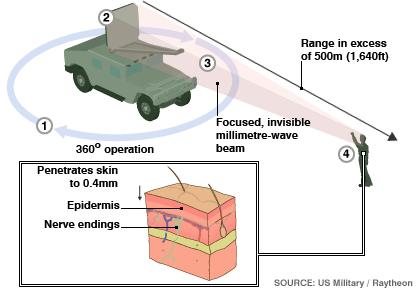