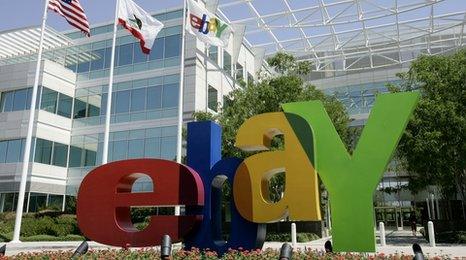 A man has been fined £3,000 and ordered to carry out 250 hours community service after fixing an online auction on eBay.

Paul Barrett, 39 and from County Durham, became the first person to be convicted of shill bidding in April.

That's when online sellers bid on their own items to artificially bump up the price or get friends and family to do it for them.

Barrett was sentenced after admitting 10 counts at Bradford Crown Court.

The minibus hire firm boss pleaded guilty after an investigation by North Yorkshire Trading Standards found he had bid against himself on several items, including a pie and pasty warmer on sale for £127.

Mr Barrett told the court that he didn't realise the practice was against the law.

BBC News: How do you catch online auction cheats?

Critics of eBay say shill bidding is a widespread problem on the site.

eBay spokesperson Vanessa Canzenni denies that not enough is being done to prevent it.

She said: "We spend £6 million every year to try and stop shill bidding from happening. 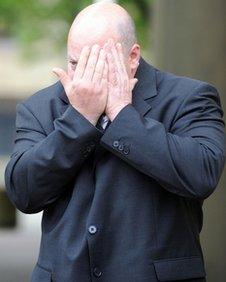 "The fact that we're the number one e-commerce site proves that customers can buy and sell with confidence."

She also claims eBay is able to spot when shill bidding is happening, although wouldn't provide any details about how that's possible.

She added: "We have leading technology that enables us to detect when people are trying to do this."

However, Jo Boutflower, the trading standards officer who brought the case against Mr Barrett, does admit it's very difficult to prove shill bidding.

She said: "We have to have sufficient evidence or suspicion of an offence before we can exercise powers to get eBay records for example."

Regular eBay user Rezza Faizee, 27 and from Workington in Cumbria, reckons it's a massive problem and something that has happened to him when he was trying to buy a mobile phone.

"It's definitely something that happens regularly," he admitted.

"I've had friends, family, and the same thing's happened to them.