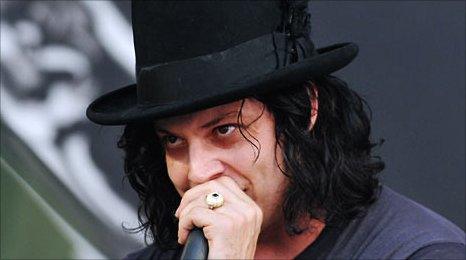 The White Stripes man invited Marling into his studio in Nashville to record the song whilst she was recently on tour in the US.

Speaking to Newsbeat at Glastonbury, White said: "It was perfect - one take. She's gorgeous. Gorgeous voice and an incredible person. A wonderful girl."

A title and release date for the song have yet to be confirmed but it will be part of White's Third Man Records 'Blue Series' and released on seven inch.

Explaining how the collaboration with Marling came about White said: "Somebody turned me onto her a few months back.

"If people are coming through town [Nashville] I try to catch up with them and ask them if they want to come by before their show and record something.

"It's really beautiful what she recorded."

Whilst the singer's side project The Dead Weather are playing many of Europe's festivals this summer, on his own immediate musical future, White said: "Nothing planned with The Raconteurs or The White Stripes."