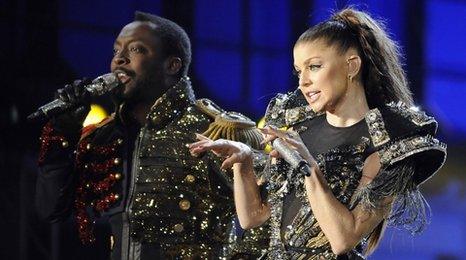 The Black Eyed Peas' I Gotta Feeling has become the first ever single to be downloaded more than one million times in the UK.

Singer Fergie said: "It's exhilarating to know we are so connected to our Peabodies.

"Hopefully the good vibes from that song will continue to brighten people's lives."

Martin Talbot, managing director of the Official Charts Company, said the milestone was "a very significant step for the download market.

"It's been with us for five years but this really marks a coming of age," he added.

Downloads were first counted as part of the singles chart in April 2005, but only if a CD was already available in the shops.

A year later, digital downloads became eligible for the chart in their own right and, a few weeks later, Gnarls Barkley's Crazy became the first track to hit number one with without selling any physical copies.

Since then downloads have come to dominate the top 40.

About 98% of all single sales are now from downloads, with about 100,000 needed every week to get to the top spot.

While that number is fairly high compared to the rest of chart history, there are concerns within the music industry that it's masking a much bigger problem.

Record company executives claim millions of pounds every year are being lost because of problems like online piracy - not helped by the ready availability of downloads.

Martin Talbot admits download single sales are just one part of the picture.

He said: "Around the world album sales are declining rather dramatically.

"But here in the UK things aren't quite as bad. This isn't a boom time but it's not a time for real concern either."