Sean Combs signed the Atlanta singer in 2008, but it's only now she's launching her "android" pop in the UK.

Get a chance to speak to Lady Gaga and, when asked, she'll insist she's not a singer, pop star or gossip girl but an artist.

She's about the concept, not the charts.

We know, because we asked. She'll tell you that she's part of a lucid team of creative minds (the Haus of Gaga) - a self-contained hive of stylists, fashion scientists and song writers.

Most importantly, when she looks into your eyes and says she wants to follow in the footsteps of Madonna consistently reinventing herself over the next couple of decades - you believe her.

These are all parallels that can be drawn with Atlanta's Janelle Monae. The same steely determination, the same addictive presence, the same unswerving pursuit of her 'art'.

To introduce her, the tuxedo-wearing Monae has been making music for half a decade, and was Grammy-nominated and established her own 'art' community (called Wondaland, based in Atlanta) long before Gaga picked up her Telephone. 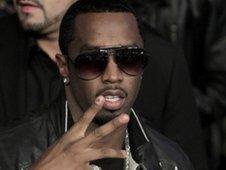 And she's got more than a few admirers of what she's doing.

Big Boi, from Outkast, is a friend and mentor. P Diddy is also a big admirer - so much so he forked out to sign her in 2008.

"It's a partnership I have with Sean Combs as I already have a recording label," she says today, sat sipping a coffee. "It's a unique one where he endorses and loves what it is we're doing as it's a self-contained organisation.

"He's a huge project champion. From his words he's really inspired by what we're doing. His words are beautiful but I don't get too high off praises."

Indeed, she's not stopped to enjoy her congratulations, instead concentrating on the recording of the follow-up to her debut 2007 EP Metropolis.

The outcome is The Arch Android - out now in the US and released in the UK in July.

The recording took the Wondaland team to Turkey, Prague and a US-based asylum, only known mysteriously as the Palace Of The Dogs ("I can't speak about what happened there," she winks).

Safe to say, it's an album that Monae as high hopes for.

"I hope it stays around like Stevie Wonder's Songs In The Key Of Life - it has that potential," she says, straight-faced. "I think the music exceeds all genres. This album is for the people."

In terms of when we'll see her next, Monae is returning to Wondaland before launching a world tour later in 2010.

"It's a state of mind, a place of thinking and a physical place," she says, explaining the place.

"Screen writers, graphic novelists, musicians, you name it - our goal is to help preserve art.

"Music is our weapon and we have a right to our imaginations."