Who is the next Robert Pattinson? - BBC Newsbeat

Who is the next Robert Pattinson?

We know most of us all love Robert Pattinson but let's face it he's super busy at the moment and there's a lot of buzz in Hollywood about upcoming Brit actors that could follow in his footsteps.

There are currently nearly a dozen films aimed at under 25s in the works in Hollywood and it seems Brit actors are in the running for quite a few of them. We've picked out the Brit stars of the future who could be set to take on Robert Pattinson's mantle. 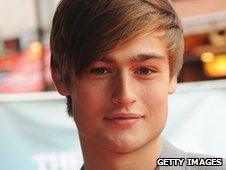 He's only 17 and has little acting experience but he nabbed the lead role of Boy George in the BBC's drama Worried About the Boy where he gets to kiss Matt Horne. Douglas is being tipped as a future star by the boss of BBC2.

While this drama is his first lead role you may have already seen him appear in those Burberry adverts with Emma Watson. He has also made a short film with Daisy Lowe. There's a lot of buzz about him being the new R-Patz which may be because he has the same UK agent as Robert Pattinson himself.

"I don't know why there are comparisons but I guess there are always going to be comparisons with people who have gone before. I'm excited, I'm 17 now and I'm ready for whatever comes. I've been to LA and have an American agent. Everything that's happening is just great and anything that happens now is a bonus."

After modelling with Emma Watson he's taking his cue from her career although he didn't ask her for advice: "Not directly, we got on really well but just to look at her and see how she's coped really well. Just seeing how normal, grounded and down to earth she is." 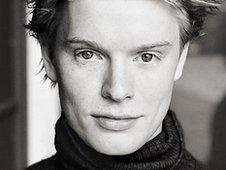 Still at drama school in London Freddie has already managed to get some high profile roles. He has appeared in Miss Marple and as the headboy in St Trinians II.

He's from the famous Fox acting family - brother to Emilia Fox (who's in Silent Witness) and cousin to Laurence Fox (who stars in Lewis). In his biggest role he's had a great reaction for his portrayal of popstar Marilyn in the BBC2's Worried About the Boy alongside Douglas Booth.

"I'm nothing like Marilyn but I really, really wanted the chance to play him - so I thought how can I hoodwink these guys into giving me the part? So I watched loads and loads of interviews." 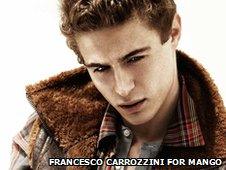 Twilight director Catherine Hardwicke made a star of R-Patz and now she's chosen Brit Max Irons to star in her new fairytale film The Girl With the Red Riding Hood. Max will star alongside Amanda Seyfried, who has to fend off her village from a werewolf.

He has had roles in films Being Julia and Dorian Gray and, like Douglas Booth, he's been a Burberry model (does that fashion range know how to spot talent or what?) And like Freddie, Jeremy has good acting heritage. He's part of two acting families, the son of top actor Jeremy Irons and Sinead Cusack.

He admits it can be awkward getting help from his dad: "People often ask you, 'Does he mentor you?' It's funny that because it's a bit like a father teaching you to drive, it's kind of unhelpful even though they're trying their best and it's hard to take. But in terms of him warning me about the industry it's always been very helpful."

"When I made it clear that I wanted to do it [act], he said, 'Just because I've been successful don't necessarily assume it'll be the same for you because it is, quite literally, one of the hardest businesses to succeed in'." 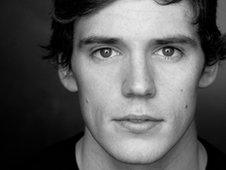 Following in the footsteps of Orlando Bloom this unknown Brit actor has been cast in the fourth instalment of Pirates of the Caribbean. He'll play the lead role of a youthful missionary named Philip alongside Johnny Depp as Captain Jack.

Not long out of drama school, he was chosen by producer Jerry Bruckheimer and director Rob Marshall. He has a couple of professional jobs but none have been aired yet. They include a role in the upcoming epic television mini-series The Pillars of Earth. He's also in TV film The Lost Future, a sci-fi adventure starring Sean Bean.

He hasn't done any interviews yet but life is definitely about to change for this drama school graduate. Fan sites have already been set up in anticipation and with Hollywood player Jerry Bruckheimer picking you out, a big career is surely on the way. 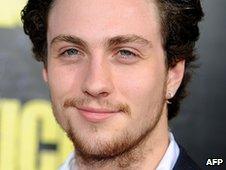 He's been acting since the age of 11 and his career has ranged from TV appearances in shows like The Bill, to Jackie Chan film Shanghai Knights, to playing a teen heartthrob in Angus, Thongs And Perfect Snogging.

However, he shudders at the thought of being a hearthrob like R-Patz: "That seems like hell," he says.

He came to attention playing John Lennon in Nowhere Boy and is now having a baby with the film's director Sam Taylor Wood.

His big movie break has been the hit Kick Ass, where many thought he was American - a very useful skill to break Hollywood although he says he hates the idea of moving there.

He's grateful that the success of Kick Ass will allow him to say no to roles: "It's quite nice, because before, if anything came up, I'd be like, 'Oh yeah, great, I'll do it, no problem. I'd love to play a dog.'