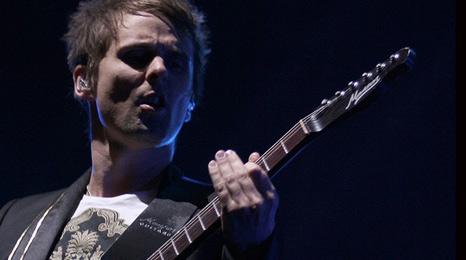 The company, which books tours for the likes of Madonna and Jay-Z, has been testing the new "smart-chip" bands at small festivals.

Live Nation says eventually it would like to get rid of paper tickets.

John Probyn from Live Nation UK said: "Your ticket won't be a paper ticket, it'll be a wristband unique to you."

According to the latest figures issued by the government, one in 12 music fans have been scammed online when they've bought live events tickets.

The passes would allow fans to purchase food and drink using the device.

They're primarily aimed at festivals, but could be introduced to other concert venues if successful.

"If Fred Bloggs comes in, I can ask him for identification to prove he is that person," added John Probyn.

"It's the same ring of people that are behind this. It's big money for them. Every single wristband, every single ticket is worth an awful lot of money on the open market."

The government has a department set up to combat online fraud but some promoters and bands are investigating measures to tackle the growth in online tout ticket agents.

As one of Britain's biggest live bands Muse have said they're investigating ways to ensure fans aren't tempted to use alternative outlets and buy only official, face value tickets to their shows.

Bassist Chris Wolstenholme said: "The one thing we were going to try and put in place - particularly for gigs abroad - was that people could buy tickets directly through the website.

"At least then they know it's totally legit. It's becoming more and more of a problem.

Edward Parkinson, director of viagogo UK, thinks fans should be able to resell their tickets.

In a statement he said: "If someone has spent their hard-earned money on a ticket that they can no longer use, then they should have the right to sell it on, whether it is a paper ticket, e-ticket or any other type of ticket.

"The most important thing is to make sure that when someone buys a resold ticket, they get what they pay for, in time for the event."