The Prodigy and Bloc Party's Kele to play Ibiza Rocks 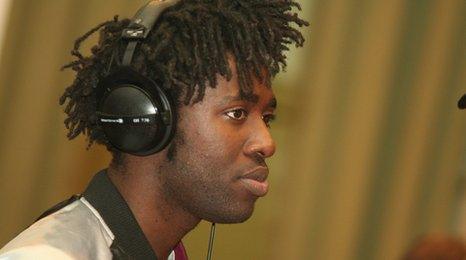 Appearing under the name Kele, the frontman will appear at this year's Ibiza Rocks series held at the Ibiza Rocks hotel, San Antonio, Ibiza.

Other artists scheduled to appear at the weekly summer series beginning in June include The Prodigy, Florence & The Machine and Dizzee Rascal.

Speaking to the BBC then, drummer Matt Tong said: "Unfortunately that is going to be it for the time being.

He added: "We definitely need to have a break and gain a bit of perspective on life outside of the band.

"Hopefully if we do reconvene at some point in the future we'll be refreshed and have so many ideas to bring to what it is we do."

Now into its fifth year, the 'Rocks' series will also take place in Mallorca this year with artists appearing between June and September.

Other artists for Ibiza Rocks include The Courteeners, Calvin Harris, Delphic and Pendulum.

Speaking to Newsbeat about playing the event Dizzee Rascal said: "I love Ibiza as it is, so it wasn't a hard decision. The vibe of it, people raving it up in their hotel rooms whilst you're performing, it is amazing.

Tickets for the gigs are available now.