'Germ of an idea' for fifth Indiana Jones film 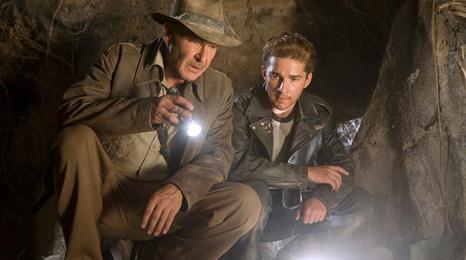 Harrison Ford says an idea for the storyline for the fifth Indiana Jones film has been agreed.

The Hollywood actor says he, director Steven Spielberg and writer George Lucas have come up with a rough outline for the follow-up to Kingdom of the Crystal Skull.

He said: "Steven [Spielberg] and George [Lucas] and I are sort of agreed on a germ of an idea and we're seeing what comes of it."

The last Indiana Jones film made more than £500m around the world and introduced Transformers actor Shia LaBeouf to the franchise.

Harrison Ford, 67, says despite coming up with an idea for the movie, people won't see the finished product for some time.

"The process works like this," he said. "We come to some basic agreement and then George goes away for a long time and works on it.

"Then Steven and I get it in some form, some embryonic form.

"Then if we like it we start working with George on it and at some point down the line it's ready and we do it."