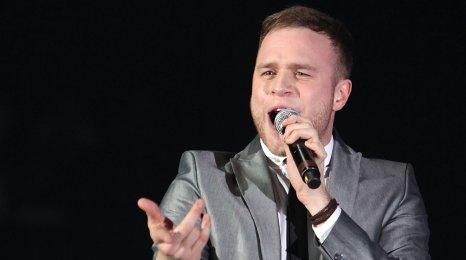 In what the labels are calling an industry first, 2009's X Factor's runner-up will release his debut album through both companies.

The 25-year-old from Essex, who's performing on the nationwide X Factor arena tour, was mentored by Cowell through the last series of the TV show.

On news of the announcement Sonny Takhar, managing director of Cowell's label Syco, said: "We are thrilled to be involved with Olly. As an artist he ticks every box."

The singer lost out in the final of last year's competition to fellow contestant Joe McElderry, who was mentored by Cheryl Cole.

Details of when fans are likely to hear new recorded music from Olly Murs have yet to be confirmed.