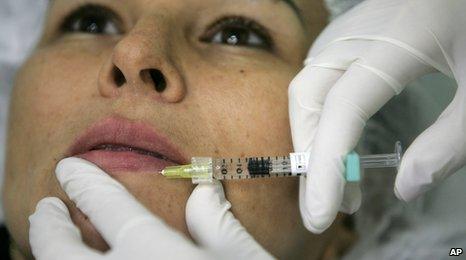 There is going to be a new clampdown on so-called 'backstreet botox' but surgeons say they don't think the measures go far enough.

A scheme's being launched to encourage doctors, nurses and dentists in England to get a quality mark that proves they offer good safety standards and training.

But no one will be forced to join up and surgeons are warning patients might still be at risk from dodgy procedures.

It's thought the number of people having botox and filler treatments went up by 25% last year and one major clinic says a quarter of its clients are now younger than 30.

Carly Kent is a make-up artist from Ruislip in north-west London and has been having botox for five years.

She said: "I feel like my skin needs to look fresh and as long as you know when to stop it's OK. But it is addictive. As soon as the lines appear you want more."

Botox is a prescription-only drug in the UK but other fillers are completely unregulated.

There are worries that some people giving treatments in salons and at home "botox parties" might only have had minimal training and could do more harm than good.

Under the new plans - backed by the government - doctors, nurses and dentists will be invited to join, pay a fee and have inspections and checks on their training standards.

It could be rolled out to include beauty therapists next year.

"It will enable people who choose to have these treatments to be better informed of the risks and choices available to them."

The botox injection temporarily paralyses muscles in the face so it is virtually impossible to frown or raise your eyebrows. Those are the movements that eventually lead to lines and wrinkles.

It's thought there could be 5,000 salons, clinics and spas where you can get botox and fillers. They're doing around 200,000 treatments a year in the UK.

But some say the new registration system won't clean the business up enough.

Nigel Mercer is the president of BAAPS, a group that represents plastic surgeons.

He is worried that no one will be forced to sign up to the new scheme. 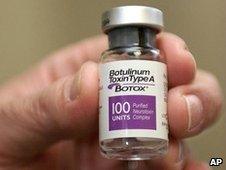 He said: "We welcome this initiative to bring some voluntary regulation to the 'Wild West' that exists in cosmetic medicine on the high street.

"Unfortunately, the practitioners who are on the 'fast buck' fringe do not have to join it because it is voluntary."

He said: "There are organisations out there where they have doctors doing the prescriptions and nurses who have very basic training going from house to house doing it."

The new body also won't be able to act against people who illegally buy botox without a prescription over the internet.

"That's where the real danger is," Dr Khan added. "Because you could be getting something that's thousands of times more concentrated.

"They are the cases where people end up in hospital on ventilators for three to four months and when they can die."