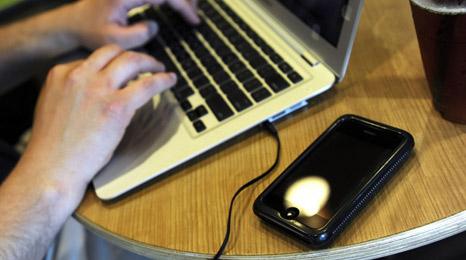 Lonely internet users are being warned about Flirtbot, a piece of malicious software that poses as a flirtatious woman looking to chat on instant messaging services.

Victims are persuaded to give out personal information that could be used for fraud or identity theft, according to security experts.

Flirtbot was first spotted in 2007 but hasn't been seen much since then.

However, there are signs she may be back on the scene in time for Valentine's Day.

She may also be sporting a new, more sophisticated look, according to Richard Clooke from PC Tools.

"These types of attacks have moved on significantly in this time," he said. "The intelligence has improved such that they can tailor their discussion based on the information they are getting and then change their questions or answers to reflect the responses."

Researchers say Flirtbot-type software typically directs an instant messaging user to click through to a website which may request credit card details or force a virus on to their computer.

"There is a certain part of the population who are willing to engage in these kinds of conversations," added Richard Clooke.

In 2007, a Russian company called CyberLover.ru claimed it had developed software that could successfully pass itself off as a member of the opposite sex.

There's no suggestion that CyberLover was involved in the criminal side of online virtual flirting.

However, it is thought that similar technology is being used by the latest generation of Flirtbots.