With only two British indie guitar bands featuring in the top 20 top selling albums of 2009 the figures suggest they're struggling during pop music's current boom. Newsbeat speaks to artists and record labels to find out why.

Image caption The Enemy, The Twang and Arctic Monkeys all released albums in "tough" 2009

"2009 was the toughest year of the Noughties as far as independent guitar music was concerned.

"We're going through that period where dance music and electronic-driven pop music is winning through over guitar bands."

That's the assessment from Martin Talbot, managing director of the UK's Official Charts Company, of the last 12 to 18 months in music popularity.

"The guitar is dead, long live the guitar," said newcomers Delphic when they announced their arrival at the end of 2009. Agree or disagree, they certainly touched on a timely talking point.

The Rakes, The Twang, The Rascals and The View all returned, or emerged, with new albums and braced the climate or split up.

Razorlight, The Pigeon Detectives, The Wombats and Hard-Fi were amongst those who chose to lie low and not release new music. 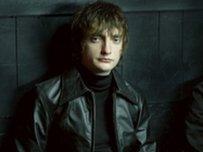 Those who did came up against the impenetrable wall that was Florence and the Machine, N-Dubz and Susan Boyle.

Despite playing in some of the biggest venues of their career, poster boys of the mid-Noughties British indie guitar boom Arctic Monkeys returned only for their third album Humbug to sell (currently) just a fifth of their 2006 debut Whatever People Say I Am, That's What I'm Not.

The Enemy are 'taking time off'

"You only have to look at the charts over the past 12 months to see we're going through a real period in resurgence for pop music," explains Talbot once more.

"The biggest stars of the last 12 months have been the likes of Lady Gaga and Pixie Lott. Dizzee Rascal having three number ones in a year. I can't see that changing over the next 12 months either."

A gloomy short-term forecast ahead then after a challenging year for British indie guitar music.

Kaiser Chiefs admitted after their final gig of the year, "I think all the bands that were all our period of bands need to take a little break," said drummer Nick Hodgson to NME. "All the kids can come around to us again." 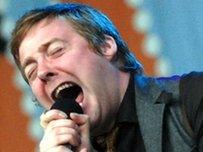 That's exactly what Coventry band The Enemy are planning on doing.

They released their second album Music For The People last year. After an initial charting at number two their presence in the charts dried up with sales not replicating that of their debut two years before.

"Anyone in guitar bands has to accept that last year was tough," says lead singer Tom Clarke. "You look at the charts and there just isn't the plethora of guitar bands that should be there.

"The cycle is there to weed out the rubbish bands. Last year the weak were weeded out."

Kasabian were one of a handful of British guitar bands to buck that trend and have an enduring commercial hit.

"Whilst radio stations were chickening out of playing guitar music - Kasabian just came out and said, 'Hang on a sec, guitar is great and always will be and here's a record to prove it'," says Clarke.

"Picking when you release a record is key to how the record does - we were really lucky that the timing on the first record was beautiful.

"The timing on the second record, I think we just got it in there before guitar music died a death in 2009.

"As with the Kaiser Chiefs and as with a lot of guitar bands, we'll sit out releasing a record until the time is right again."

The reason for all this? Well, most state the same reason, over-saturation, a trend which led some people to coin the phrase - indie landfill.

"I'm quite glad it's not there," says La Roux's Elly Jackson - one of the female solo artists whose sound dominated 2009.

Rapper Plan B, himself now returning with a reinvented pop direction, agrees.

"It's a cycle. Now guitar music has taken a drop in sales because people are bored of it, they're bored of being patronised by a lot of bands that are trying to be cool with really weak music. Now pop has come back.

"That doesn't mean to say that it's dead. It will come back. It's just got to wait for its time and radio controls a lot of that."

He looks on British indie guitar's current barren period as a positive. 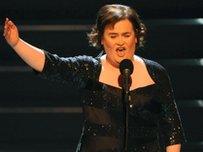 Image caption Susan Boyle had the biggest selling album of 2009

"The job for labels like us is to just keep trying because when you get it to stick those are the bands or acts that endure. Pop comes and goes."

Martin Talbot cites the economic climate as one reason for the domination of pop.

"Labels increasingly are looking for safer investments because the economics of the industry are changing. Pop is, by and large, safer."

But of course we've seen these cycles before, they've been punctured by bands. Oasis in 1994, The Strokes in 2001…

"It's all fashion and it's about trends and movements," concludes Talbot. "Sometimes movements can be sparked by one act coming out of nowhere and doing something different."