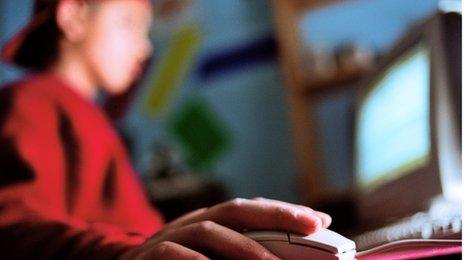 As many as 340,000 children and teenagers are regularly bullied over the internet or on their mobile phones, according to a new report.

"We know the consequences of online bullying are just as traumatic as those of face-to-face bullying," said the organisation's boss Emma-Jane Cross.

The release of the new research is timed to coincide with national anti-bullying week which this year concentrates on internet and mobile phone abuse.

Have Your Say: What can be done to stop bullying online?

Almost two thirds of the 2,094 11 to 18-year-olds surveyed by the charity in England said they had seen some form of online bullying.

"People find it very easy because they aren't actually looking at the person and they can't see what they feel like afterwards," 13-year-old Tim admitted.

Half the people surveyed had heard of people setting up a fake profile pretending to be another person; one in five had seen hate sites or groups set up to bully someone online.

Tim's classmate Bethan, 14, added: "Friends can sometimes be cowardly to your face but as soon as they press the sign in button everything just tumbles out."

Microsoft, which runs it, said it does not tolerate bullying on its network but "as with any communication service, these online communication tools are misused by a tiny minority".

It has created a special area of the Windows Live site where users can get advice on how to deal with bullying and report any abusive messages.

Thirty-two per cent of those bullied had also been the target of some form of abuse on the social networking site Bebo, which is aimed at younger users, compared with 11% on Facebook and 10% on MySpace.

Bebo said it had strict terms of use in place which all teenagers signed up to when they registered.

It keeps a record of users' behaviour which can be passed on to the police in extreme cases.

"Unfortunately, anti-social behaviour, both on and offline, is an aspect of the society we live in but Bebo is committed to providing its community with the safest possible environment," said a spokesman. 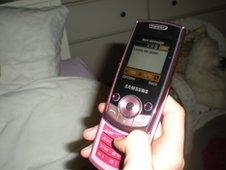 All social networking sites let users report abusive material and ask for comments to be deleted from online profiles.

But almost half the children and teenagers surveyed by Beatbullying said the sites still did not offer enough protection.

The charity says social networks need to make it easier for users to complain about abusive posts.

It wants a commitment from the sites to take down offensive material within six hours.

"They do need to take more responsibility," said Richard Piggin from Beatbullying.

"There is a lot of material posted on those sites every day but there is more they can do in terms of moderation and referring on complaints."

"Young people have to take some responsibility as well. There is a lot they can do around their privacy settings and making sure they really know the people they are talking to."

"At the end of the day, everyone needs to know what is acceptable and what is not online."