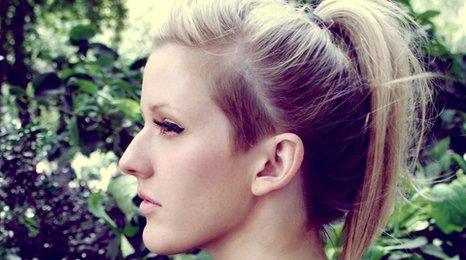 November: The frost-bitten month when music industry heads traditionally begin turning towards the following year to start amassing their top tips and ones to watch.

Most are at it already. Ask them who they're most excited about and 23-year-old Ellie Goulding will appear somewhere near the top of the pile.

"When we were younger my dad brought my sister a guitar and she was not interested one bit," she giggles, recalling her own musical beginnings. "She just looked at in disgust.

"I already played clarinet at the time. That soon went out the window."

Born in Hereford, she moved around the county's villages and attended (before dropping out of) university in Kent, finally settling in London.

"When I was about 15, I'd managed to start singing and playing guitar at the same time. It was a really hard thing for me to do," she smiles.

"It's kind of like rubbing your head and your belly at the same time.

"I wrote this song called Us Alone - cheesiest title in the world. It was about this guy I was obsessed with at high school, in a non-weird way.

"It was probably the worst song in the world but you've got to start somewhere. It was proper cringe."

Whilst her dad played guitar in a band it's her mum whom she owes much of her discoveries too.

"She's the one who texted me years ago saying, 'Have you heard of Florence and the Machine? She's going to be big.' Her favourite band is Biffy Clyro," laughs Goulding, sat forward on a sofa.

"She's always checking out the blogs, she's like, 'Did you see Perez Hilton blogged about you?' She's on it quicker than me."

Indeed, while the critics can be found furiously blogging about her potential Goulding is listening to the artists who've had the most impact on her refined digital-pop. 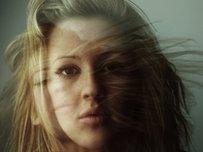 "I was just fascinated by what she could do with her voice," says Goulding of the American superstar. "I'd listen to a Destiny's Child album and I'd want to get every single note. It's not acceptable if I could nearly reach.

First taste of Goulding's potential comes in the form of debut single Under The Sheets - an intoxicatingly addictive pop song which mixes Imogen Heap's vocal acrobatics with the simplistic melodies of Lykke Li.

"It's kind of about the alpha male in a way," she outlines. "I had an experience where there was a guy who if he got angry he'd go out and punch things. He wasn't violent at all, he was the sweetest nicest guy, but he had this dark side."

There's much more to follow, including almost-certain-to-be-huge single Starry Eyed and an album in the early months of 2010.

November and December will see her putting the finish touches to her debut alongside producer and band-mate Starsmith - who's worked with Frankmusik and Marina And The Diamonds most recently.

However, with a UK tour alongside Little Boots now complete, you're more likely to find Goulding running through London's streets than see her playing live.

"I'm a bit obsessed," she laughs. "It's very important to keep fit. I feel like it awakens me, in a spiritual and non-spiritual way.

"Then I decided that I wanted to take control of my life, I started running like Forrest Gump.