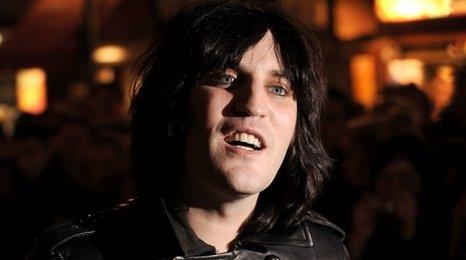 The comedy duo were tight-lipped about the new project at the premiere of Bunny and the Bull, a film by Mighty Boosh director Paul King which both Noel and Julian have small parts in.

Noel Fielding said people could expect some new material in 2010: "We're writing a film at the moment and an album, so hopefully next year. Both of those things."

However Noel refused to give anything else away about the project.

"I've got to stop doing that," he added. "I've been stung too many times."

He said: "We've been very inspired by this [their mate's film] because we've been doing the show and touring a lot and we've finally got round to writing. 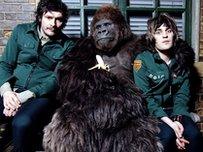 "We try and do, on TV, quite magical epic journeys and we thought if you're doing a film we should really do it in one room, basically just kind of a sitcom for 90 minutes.

And both Mighty Boosh stars confirmed they were definitely not going their separate ways.

"We're still together," Julian Barratt added. "It's like we're twins, we're kind of symbiotically linked... if he drinks I get drunk. Like E.T. and Elliott."

Bunny and the Bull is released in the UK on 27 November.