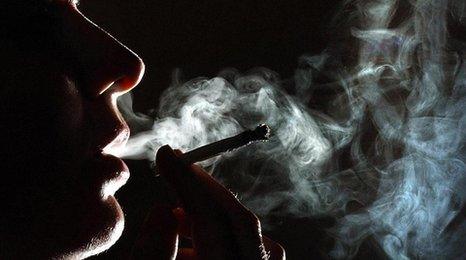 The government has spent millions trying to warn young people about the risks of smoking cannabis, but despite high-profile television campaigns, it remains the most commonly used illegal drug in the UK.

Figures show that last year it was used by more than a million 16 to 24 year-olds.

The BBC Two show Revealed has been talking to teenagers, to find out why the class B drug is considered by many to be an every day part of life.

Carl, that's not his real name, started smoking cannabis when he was 14.

He said: "It's not about looking cool, it's just normal really. So many kids I know aged 13 to 18 are all smoking it, everywhere."

He says although he's not really sure what would happen to him if the police caught him, it's his parents finding out that worries him most.

The government has used big campaigns to try to lower the number of young people experimenting with cannabis.

Carl says he's seen the adverts but that the warnings don't worry him.

He said: "I've got friends who smoke it more than me. 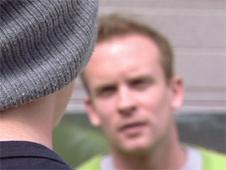 "It's like, if they're fine, how can it affect me that much? With alcohol you get messy, do embarrassing things you end up regretting. You don't do that with cannabis."

The latest figures from the British Crime Survey estimate that two-and-a-half million people used cannabis last year, nearly half of them 16 to 24-year-olds.

Terri, 18, started using cannabis when she was 12. She says at one point was spending up to £25 a day on the drug.

"I'd then smoke it on the premises. I used to be stoned when I went into my lessons."

Terri, who's now quit, says cannabis made her feel paranoid and ruined relationships with her friends and family.

She said: "I've been in such a state, I couldn't move, I couldn't do what I was trying to do. I felt like a lot of people hated me."

In August this year a survey by Frank, the government-backed drug campaign, said nearly half of all teenagers knew someone who'd suffered mental health problems after smoking cannabis.

In January this year, cannabis was reclassified as a class B drug, from class C.

At the time, then Home Secretary Jacqui Smith said there was growing evidence that stronger strains of skunk cannabis could cause severe mental health problems.

The Royal College of Psychiatrists says there is evidence to support claims that if you start smoking the drug before the age of 15, you are more likely to develop mental health problems in later life.

Several of the teenagers Revealed spoke to said they did know people who had smoked the drug, and had problems, but Jon says he's not convinced that cannabis is always to blame.

You can see Revealed's show on cannabis on BBC Two, Saturday 3 October at 2pm.