Call to ban legal high in the UK - BBC Newsbeat

Call to ban legal high in the UK 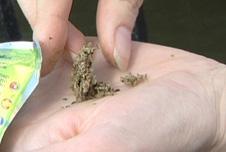 Taking herbal highs can be as harmful as smoking cannabis, it's claimed

Some herbal highs are just as harmful as cannabis and should be made illegal, according to the government's drug advisors.

Scientists say that a plant based mix called Spice is coated with synthetic chemicals that work on the same part of the brain as the active ingredient in cannabis.

Three gram packets of Spice are sold for around £25 over the internet, at festivals and in the same specialist shops that sell bongs and other smoking accessories.

"You just don't know what you are getting with these products," said Professor David Nutt, the chairman of the Advisory Council on the Misuse of Drugs (ACMD).

"They potentially cause the same problems as cannabis."

Twenty-two-year-old Joey, not his real name, from East Anglia told Newsbeat that his experience of Spice was similar to smoking standard cannabis.

I found it stronger than the weed on the street
'Sarah', 17, said she smoked Spice with her friends

"I was quite surprised at how strong it actually was," he said.

"With cannabis we all know the dangers but some of these other products are sold as purely herbal so you do think they are a lot better for you."

Seventeen-year-old 'Sarah', again not her real name, said she smoked Spice with her friends when cannabis wasn't available.

"I found it stronger than the weed on the street," she told Newsbeat. "We thought it was much safer and we weren't going to get paranoid but it had the same effects."

For years, the legal high market was dominated by small producers selling home-grown packets of natural herbs and weak pills laced with caffeine or the chemical ephedrine.

"They never really had much effect," said John Ramsey, a toxicologist at St George's Hospital in London and specialist in drug identification. 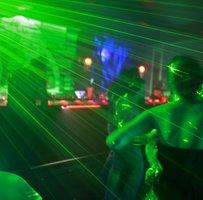 There are concerns about the effects of some 'herbal highs'

"We dismissed most of the herbs as just a bit of a joke."

But a new generation of products started to emerge around five years ago, many with stronger effects more closely associated with illegal drugs.

At the end of 2008 scientists researching Spice discovered it was not herbal at all but sprayed with a range of chemicals with obscure names like JWH 018 and CP 47,497.

These "cannabinoids" were first created back in the 1980s by drug companies hoping to develop products with some of the same painkilling effects as cannabis.

Most of the work was eventually scrapped as it proved difficult to replicate the medicinal or calming properties of the drug without the intoxicating effects.

The same chemicals are now being used by some makers of legal highs, according to drug researchers.

"Just because you buy it from a high street shop in a foil packet doesn't make it harmless," said John Ramsay. "We just don't know."

Spice itself is officially marketed as a herbal incense and is clearly marked as "not for human consumption".

Newsbeat tried to reach the manufacturers of the drug for comment but they could not be contacted for this article. 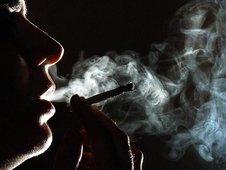 The specific chemicals used in Spice have already been banned in France, Germany and Austria.

But with hundreds of other similar cannabinoids available it was simple for the makers to switch to a legal alternative and continue producing a substance with the same effects.

The British government is now expected to follow the ACMD's recommendation and push through a total ban on the chemicals in Spice and similar cannabinoids in an attempt to snuff out the whole industry in one go.

Newsbeat has been told ministers will signal their intention to outlaw Spice by the end of August with legislation likely this autumn and a full ban in place by spring 2010.