Call for US clampdown on sexting - BBC Newsbeat

Call for US clampdown on sexting

By Sima KotechaNewsbeat US reporter 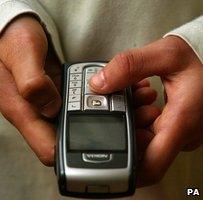 Sexting's become a big issue in the States after a teenager committed suicide after being bullied by text.

Now lawmakers there are fighting for new rules that would make it more difficult to do.

Eighteen-year-old Jessica Logan had it all. She was bright, pretty and popular.

Her mum Cynthia describes her: "She was vivacious, she was artistic, she was fun, she was a good kid."

She was completely in love with her boyfriend but one day she sent him a text, a nude photo of herself, to show him how much she cared.

When they broke up he sent the picture to hundreds of teenagers in their town in Ohio to get back at her.

Jessica's friend Lauren Taylor told reporters: "She was being attacked and tortured.

"When she would come to school, she would always hear, 'Oh, that's the girl who sent the picture'.''

The bullying spiralled out of control and Jessica began skiving off school.

In June last year she couldn't take it any more and killed herself.

I would never think a person like Jessie would do something like that. It's just too much
Jessica's friend Lauren

Her mother described the horrific moment when she found the body.

"I scanned her room and her closet and saw her hanging. Her cell phone was in the middle of the floor," she said.

But some people reckon that's too harsh. Jessica's friend Lauren still mourns her friend and is haunted by her ordeal.

"I would never think a person like Jessie would do something like that. It's just too much."

After Jessica's death, her mother quit her job and was in hospital for a time with what she described as a mental breakdown.

Mrs Logan is now suing school officials, accusing them of bullying her daughter.