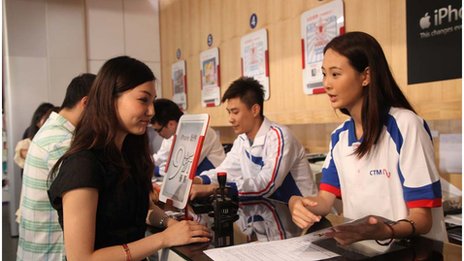 Cable & Wireless Communications (CWC) has announced a rise in profits, saying growing smartphone use in international markets has boosted its income.

CWC's Caribbean arm - its biggest market - is set to meet profit estimates of between $180m and $210m for the full year.

It added that its China market saw revenues double on strong iPhone sales.

The group said smart devices now accounted for 19% of its total subscriber base.

CWC, which demerged from the former Cable & Wireless in March 2010, said it was on track for its full-year results, despite global economic uncertainty.

The firm added it would pursue acquisitions in the northern Caribbean following its purchase of Bahamas Telecommunications in April.