Drake is here for the long run – and he’s already outrunning most.

Just as CBeebies’ Rastamouse sets out to "make a bad ting good", Canadian rapper-cum-crooner Drake frequently makes an average thing brilliant. He’s not got the finest flow you’ll ever hear; his heartbroken lyricism on slow jams sits at jarring odds with bursts of clichéd braggadocio on bouncier cuts; and his story can’t hold a candle to that of mentor/collaborator/label boss Lil Wayne. He should perhaps be a peripheral figure with a still-developing ability. Yet, by surrounding himself with the right producers and guests (and presumably the right management), he’s elevated himself to remarkable heights. Take Care has been 2011’s most anticipated rap release since it was announced a full 12 months ago – putting Wayne’s post-prison comeback proper, Tha Carter IV, rather in its shadow.

The reason: Thank Me Later, Drake’s debut LP proper of 2010, that sold almost half-a-million copies in the US in its first week and went on to feature in numerous best-of lists come the year’s end. Calling predominantly on the production skills of Noah ‘40’ Shebib, its muted backdrops – like listening to a record on your neighbour’s stereo, through the dividing wall – were perfect for emoting over: about exchanging old friends for unwanted new ones; about our protagonist’s losses in love; about a naïve newcomer trying to navigate his way through the bewilderingly bright lights that accompany any mainstream emergence. Take Care revisits many traits of its predecessor, but now there’s reason to be suspicious. Drake is the worst kind of young, handsome millionaire – one who complains about being attractive and minted. He’s an acting background, so Drake occupies woe-is-me moments with great presence; but the average listener won’t relate in the same way they might’ve done an album ago. If he was praised for his honesty on Thank Me Later, here he runs the risk of being shot down as manufacturing the misery that informs his downbeat musings – talk of his divorced parents aside.

So it’s actually on the brighter, bolder, faster numbers that Take Care comes alive. Official lead single Headlines – with production from the returning Shebib, who features on 13 of these 17 tracks – is a zesty cut above the hollow holler of Drake’s would-be peers, where he not only acknowledges his standing as a megastar but revels in it – "f*** those other guys," he spits, before highlighting a preference for "money over everything". And it’s money he’s not hanging around to spend: on Crew Love, featuring The Weeknd, he talks about blowing $50,000 on a holiday for his friends and family, on the spur of the moment; come We’ll Be Fine, millions are thrown around "like they ain’t nothing". But he’s earned it, so why not – an aspiring talent since 2006’s mixtape Room for Improvement, Drake’s success has hardly arrived overnight. Another upbeat offering, Lord Knows, showcases the standout production skills of Just Blaze, aka New Jersey’s Justin Smith – with credits on Jay-Z and Eminem LPs, Smith’s luxurious sound is a neat contrast to the sparse, ambient arrangements typically favoured by Shebib.

The title-track may leave some listeners with an unwelcome taste in their mouth: hijacking Jamie xx’s rework of Gil Scott-Heron’s I’ll Take Care of You, it casts Rihanna in the role of the late musician/poet. The end result is somewhere between desecration and genius – and only the individual knows what side they lean towards. Make Me Proud opens like a sister piece to Thank Me Later’s Fancy, a song which celebrated a partner for looking great for themselves, not anyone else’s attention; but Nicki Minaj’s guest vocal throws these sentiments aside for her standard shtick of wacky voices and base-level wordplay. A better guest turn comes from OutKast man André 3000, closing lights-up-slow-dance The Real Her: it’s a treat hearing him on record again, but his nonsensical parting line of "b****es got the rabies" undermines the rest of his detailed, passionate verse.

At its best, Take Care surpasses the impact of Thank Me Later. Marvin’s Room, a YouTube hit to the tune of 30 million views, is given new appeal by the album’s sequencing, the track’s barely-there backing standing out compared to the boisterousness around it. What was a drunk-dialling mumble as a standalone offering becomes an unprecedented slice of remarkably confessional RnB – and Kendrick Lamar’s brilliant Buried Alive coda comprises a striking epilogue. And when Drake claims to be unafraid of his rivals, as they’re all copying his style, he’s got a point: between Thank Me Later and Kanye West’s My Beautiful Dark Twisted Fantasy, 2010 laid down a blueprint for self-absorbed, weight-of-the-world rap-world introspection that’s now widespread. He might’ve been tempting fate last year with a single called Over, but several hits later it’s evident Drake is here for the long run – and he’s already outrunning most. 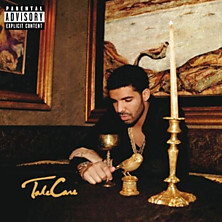