Makes a strong claim to be 2010’s best electronic album.

Norway’s globally popular Röyksopp are known as purveyors of warm, melodic, vocal-led adult electronica. But their fourth album is likely to win admiration from those who’ve written the duo off as a mainstream, coffee-table affair. The first strictly instrumental album from Svein Berge and Torbjorn Brundtland is a sumptuously realised journey through the soundscapes of the original masters of 70s synth music. Vangelis, Kraftwerk, Tangerine Dream and Giorgio Moroder all haunt the lush byways of Senior.

Those who own and love last year’s Junior will have already worked out the basis of this follow-up. The two albums were recorded at the same time, with Junior representing the danceable vocal side of Röyksopp, and Senior giving us a snapshot of what the pair calls "the introvert and darker sibling who lives in the attic". The nearest set, in recent years, to this idea is last year’s (DJ) Hell LP Teufelswerk, which served up a ‘Night’ album for the dancefloor and a ‘Day’ album made up of contemplative drifts and elegies.

Whether releasing two conjoined twin albums a year apart proves to be a good idea or not, Berge and Brundtland have proved that they don’t need star vocalists to make a great record. Senior is varied, as gripping rhythmically as a dance record, and packed full of enough melodies to keep the most unreconstructed of pop fans engaged.

The duo describes the album in the pre-publicity as the equivalent of a drug trip. But, in truth, Senior is more likely to get you addicted to motorways than Class A’s. This dreamy, optimistic yet pulsing sound is pure autobahn, reviving memories of Kraftwerk, obviously, but also the rapturous electro travelogues of early Simple Minds. Analog synths keen and undulate, and build serenely toward blissed-out states of grace, particularly on the epic and darkly euphoric Tricky Two and The Fear.

Even with stiff competition from Hot Chip, S*** Robot, Grasscut, Underworld, Ninca Leece and LCD Soundsystem, Senior makes a strong claim to be 2010’s best electronic album. It’s a record to lie back and drown in. 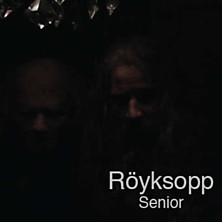