A serious contender as the US alternative album of the year.

A few months after Animal Collective's superb Merriweather Post Pavilion appeared to a fanfare of praise, a serious rival to its status as the US alternative album of the year - 2009's Fleet Foxes, if you like – has emerged in the shape of Grizzly Bear's Veckatimest.

The Brooklyn quartet, already established as one to watch since 2006's highly promising Yellow House, have spent much of the intervening three years pursuing a hectic touring schedule, including a prestigious stint supporting Radiohead, whose guitarist Jonny Greenwood recently anointed them his ''favourite band in the world''.

High praise indeed, but there's no doubt Veckatimest – named after a tiny, uninhabited island off Cape Cod - is a truly world class record. Like Merriweather Post Pavilion, it's a collection of dazzlingly complex, rich textures, but while the latter album specialises in kaleidoscopic, sugar rush psychedelia, Grizzly Bear's sound is dense and baroque, moving at an altogether statelier pace.

Those seeking instant hooks and sing-along choruses will be disappointed. Veckatimest's songs unfurl gradually; intricate tapestries of shifting rhythms and moods that take time to lodge in the brain. But even on the first couple of listens, some exquisite moments reveal themselves.

Take for example Two Weeks, which begins with infectious, bouncing piano before building into a flurry of harpsichords and gorgeous harmonies; or Ready, Able with its sumptuous refrain marrying organ and bass guitar, evoking memories of Here Today from the Beach Boys' masterful Pet Sounds. Elsewhere; subtle, unobtrusive string arrangements nestle alongside choral flourishes; ethereal, murmured vocals suddenly give way to cacophonous, discordant crescendos; fragments of tunes drift by tantalisingly before moving on. The sheer range of musical ideas is nothing short of breathtaking, showcasing a rare ability to gracefully blend layer upon layer of instruments to achieve a sonic palette verging on the symphonic.

Yet for all its qualities, sometimes Veckatimest is a record easier to admire than love. It occasionally staggers under the sheer weight of its virtuosity and loses focus, with a few tracks suffering from a lack of melody and structure. Yet it all comes together again perfectly on the closing Foreground, a stunning, otherworldly ballad that shimmers beautifully like Mercury Rev during their Deserters Songs-era peak. 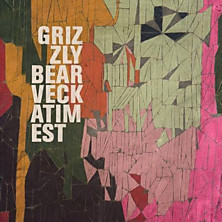